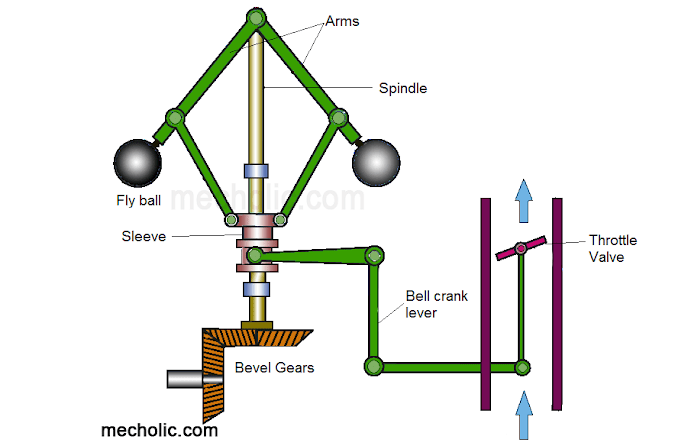 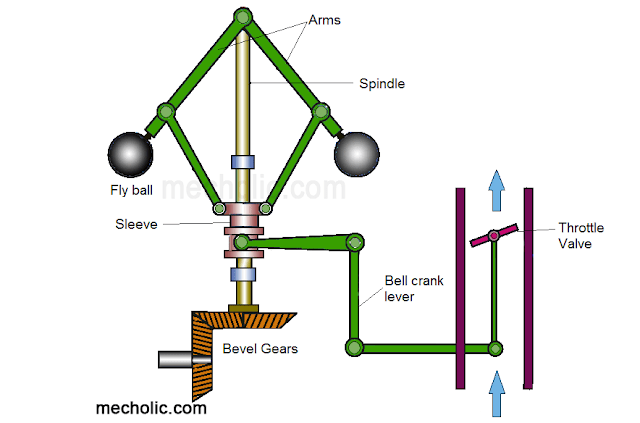 Construction and Working of Watt governor

Watt governor is the simplest and gravity controlled form of the centrifugal governors. It consists of two fly balls attached to the sleeve of negligible mass. The upper sides of arms are pivoted so that its balls can move upward and downward as they revolve with a vertical spindle. The engine drives the spindle through bevel gears. The lower arms are connected to the sleeves. The sleeve is keyed to the spindle in such a way that revolves with the spindle. At the same time, it can slide up and down according to the spindle speed. Two stoppers are provided at the bottom and top of the spindle to limit the movement sleeve.

When the load on the engine decreases, the speed of the engine and then the angular velocity of the governor spindle increase. The centrifugal force on ball increase; that tends balls move outward and sleeve move upward. The upward movement of the sleeve actuates a mechanism that operates the throttle valve at the end of “bell crank” lever to decrease the fuel supply. The power output is reduced.

When the speed of the engine decreases as the load on the engine increase, the centrifugal force decreases. The result is that the inward movement fly balls and downward movement of the sleeve. The movement causes a wide opening of the throttle valve. The increase in the fuel supply also increases engine speed.

OR
Take moment of these forces about O.
For equilibrium 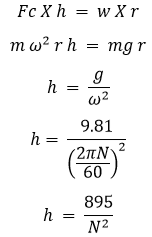