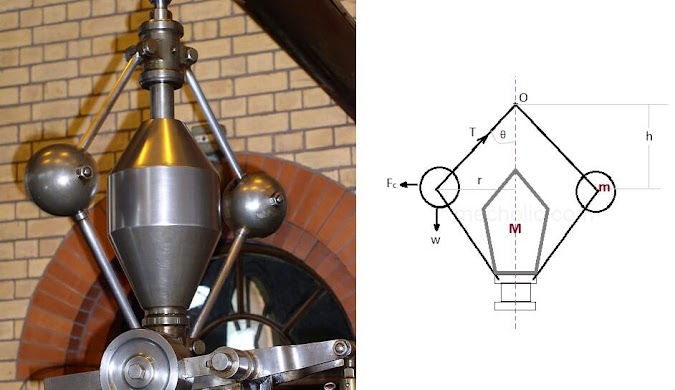 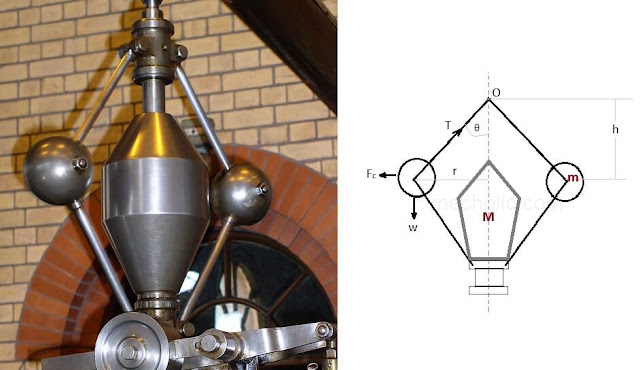 The two balls are pivoted at the top so that it can move up and down on a vertical spindle as the speed of revolution of the spindle vary. The lower links are connected to the central sleeve. Vertical sleeve can move up and down along with the ball movements. Two stoppers are provided in spindle to limit the movement of the sleeve. The sleeve is carrying a heavy central load. A mechanism is connected to the sleeve of the governor to actuate the throttle valve.

The engine is connected to the central spindle of governor through gear trains. When the load on an engine decrease, there will be a sudden increase in speed of the engine. Governor spindle speed also increases. The centrifugal effect tends ball pair to move outward direction. The upper arms of ball pivoted at the top. Hence the lower arm pushes the sleeve upward as ball move outward. It actuates the throttle valve through the mechanism connected to the sleeve to decrease the fuel supply to the engine. The decreased availability of fuel decreases the speed. Hence speed is maintained.

When the length of arms and links of height governor are same,