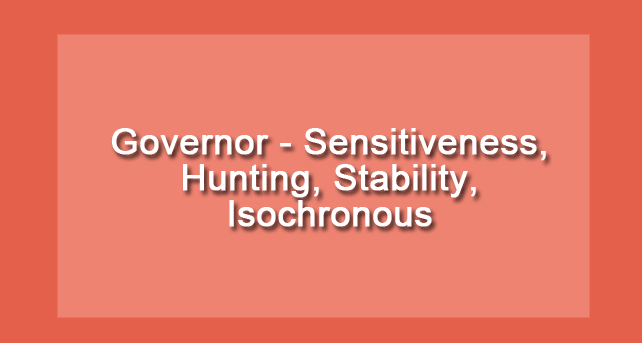 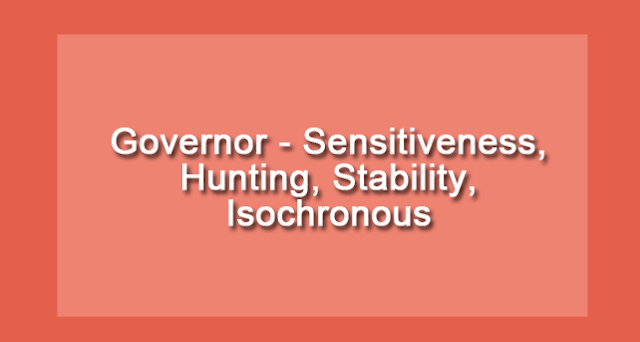 Sensitiveness of Governors gives the idea about the fraction of speed change a governor can sense. Consider two Governor A and B running at the same speed. When the speed of governor changes a certain amount, the Sleeve lift of A is greater than that of B. then the governor A said to have more sensitiveness than B. So for a given sleeve lift, the sensitiveness of governor increase with a decrease in speed range. High sensitive governor readily responds to small variations in speed.

Hunting is a result of too sensitiveness of governor. It causes continuous fluctuation in engine speed, above and below the mean speed.  This phenomenon is known as hunting. The high sensitiveness of governor results in substantial change in fuel supply for small change in engine speed.
When there is a slight increase in speed, the sleeve of governor move to its top most position. It cuts off the fuel supply by large amount, decrease speed below to the equilibrium speed. It results sleeve movement towards the lowest position. Fully opening of fuel supply again increase the speed of governor. This cycle then repeats.

For every speed within governor speed range there is specific equilibrium configuration (radius of ball rotation, sleeve lift) and there is no much hunting, then the governor said to be stable. For a stable governor radius of rotation of ball should be increased when speed of governor increase, for decreasing speed the radius should be decreased. If any hindrances in this  condition, governor is said to be unstable.


🔗 What is meant by Effort and Power of a Governor?
Load comments