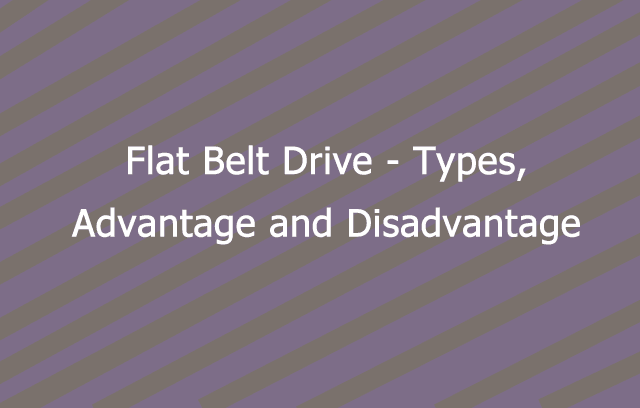 Flat belts are the simple system for power transmission. It can deliver high power to moderate distance (up to 15m).
Flat belt drives further classified into

In an open belt drive, shafts are arranged in parallel and rotate in the same direction. The driver pulls the belt from the lower side and delivers it upper side of the pulley so that lower side is always tight and slack is on the top side.

Cross belt, also known as the twisted belt, is twisted as shown fig. In a cross belt drive, the shafts are arranged in parallel, and twisted arrangement makes pulleys rotating in the opposite direction. The speed is limited to 15m/s to avoid excessive wear. Both sides of the belt get contact with pulleys, so this arrangement not advisable for V-Belt and Timing Belt. 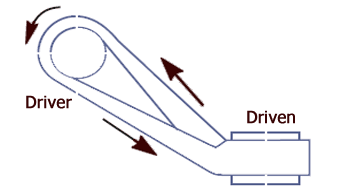 Also known as the right angle belt drive. In this type, shafts are arranged at right angles.

Compound belts are similar to open belt drive. They used to power transfer through one or more intermediate pulleys. 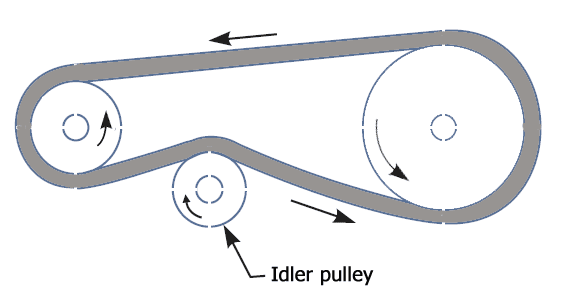 Also known as the jockey pulley drive. Idler pulleys are pressed against the belt and guide them. They change direction and increase the angle of contact. It can provide a high-velocity ratio. Idler pulleys can also reduce the vibration in the belt. 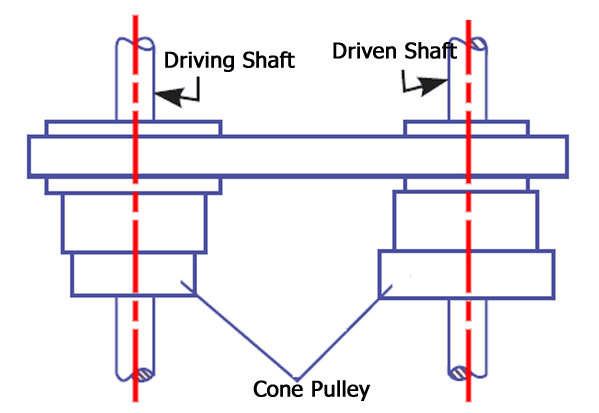 They are used to get different velocity ratio during the power transfer. The driver shaft rotates at constant speed, driven shaft can run at a different speed as the belt shifting from one cone pulley to another. 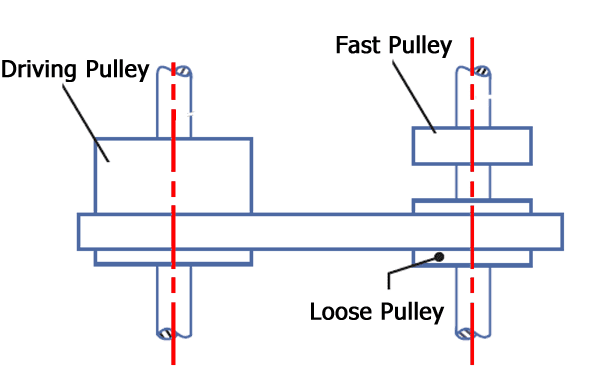 It is used to stop the machine while driver continues to run; this can accomplish by shifting the belt to a loose pulley, which is freely run over the shaft.

Advantage of the flat belt drive

Disadvantage of the flat belt drive

Read:
V-Belt Drive - Advantages and disadvantages
The materials used for belt drive
Causes of belt failure and Power loss
Why slack side is on upper side of flat belt drive