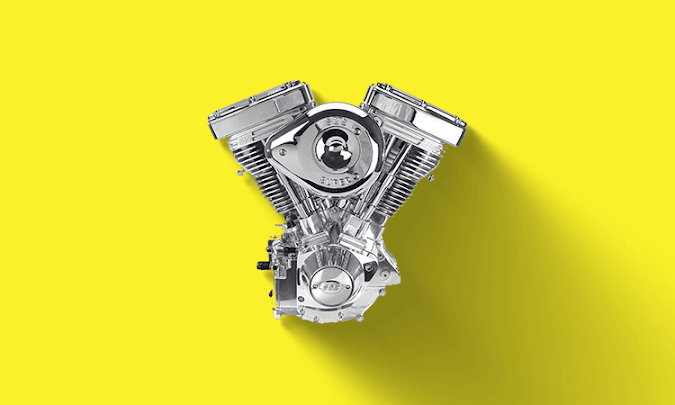 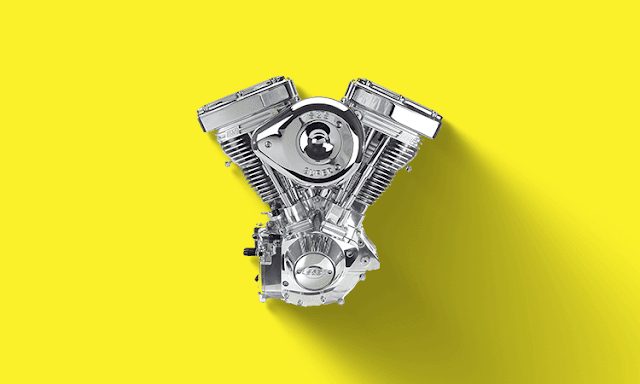 Preignition is a phenomenon in the IC engine in which homogeneous fuel charge burned before the normal ignition starts (or in the absence of spark). The preignition is initiated by the overheated projecting parts such as spark plug, exhaust valve head, carbonaceous deposits and hot spot in the combustion chamber. The autoignition (or knocking) may overheat spark plug, valve head and it remains so hot that it may ignite the fuel charge in compression stroke of the next cycle.
🔗Valve timing diagram for four stroke SI engine
🔗Theories of knocking
Carbon deposit in combustion chamber is the most common cause for the preignition. This carbon particle retains the heat from previous combustion stroke. Eventually, it retains the temperature high enough to ignite the fuel charge during compression stroke (before actual combustion stroke start). Following figure shows the PV diagram for combustion with preignition. 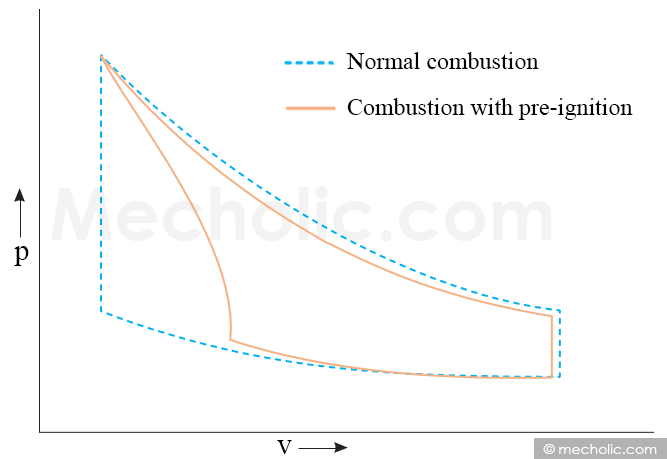 Remember:
👉In a carbureted engine the fuel supply is regulated by the float valve in the carburettor. In the carburated engine, even after ignition shut off, it is possible delivery of fuel continue until the fuel line pressure relieved. If preignition happens in this condition, the engine will run even after ignition shut off. For this reason, preignition also known as ‘after-run’, or ‘engine run-on’ or ‘Dieseling’. It won't happen in a modern engine with electronic fuel injection.
Load comments