Difference Between Knocking and Detonation? Theories of Knocking 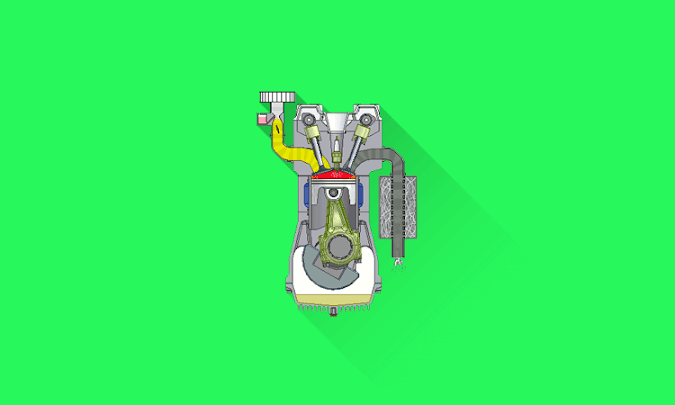 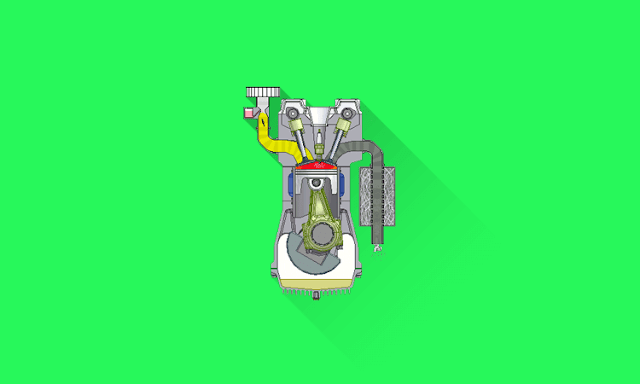 🔗Flame propagation and flame speed across the combustion chamber

What is the difference between knocking and detonation?

“Knocking” and “detonation” are the interchangeable terms refers to the phenomenon of uncontrolled combustion in the IC engine. “Knock” is the sharp metal pinging sound produced in the engine due to uneven combustion. There are generally two theories for knocking. 1) auto-ignition theory and 2) detonation theory. These theories led many people to use the term detonation for knocking. In general, detonation is the cause and knocking is the after effect.

Knocking is the result of the rapid combustion of end gas ahead of flame front prior to normal combustion. This cause a sharp rise of pressure inside the cylinder and cause metal pinging sound known as knock. Severe knocking causes the wear of cylinder, piston, rod etc. This wear gives the appearance of erosion, abrasion or the sandblasted look similar to the damage caused in hydraulic machines by cavitation.

🔗What is Preignition? Causes and disadvantages

Theories of knocking – Autoignition and Detonation

There are two theories to explain the knock.

This theory refers to the combustion of the end-gas region without the necessity of flame. This phenomenon can be explained by using the following figure. 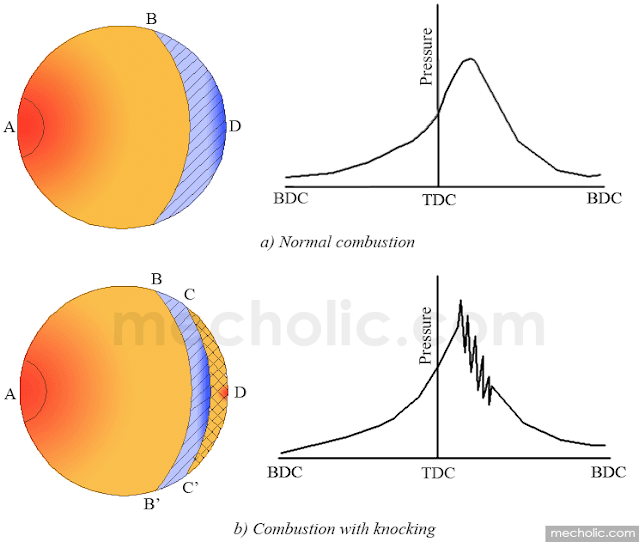 If charge reaches the self-igniting point, during the period when flame front travel from BB’ to the CC’, the flame ahead of the CC’ would get auto-ignite. This auto ignited flame front travel opposite to the main flame. The collision of these flame-front causes the development of high-frequency pressure pulse. This phenomenon causes vibration in engine parts. This impact on the structure can cause engine damage in addition to the noise and vibration. The intensity of the pressure wave mainly depends on the energy contained in the end mixture. Eventually, the pressure will restore equilibrium.

In auto-ignition theory the speed of flame front is normal. In detonation theory, under the knocking condition, the advancing flame front (detonating wave) travel across the chamber at twice of sonic velocity. It consumes the end-charge instantaneously. Over many engine cycles, the engine parts may get damaged.

How to prevent detonation?

Detonation can be control or prevented by