Lead, Lag, and Overlap In the Valve Timing Diagram and Their Advantages 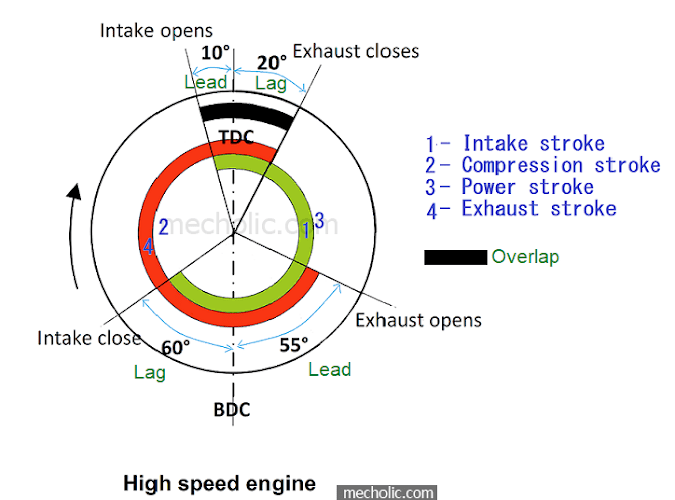 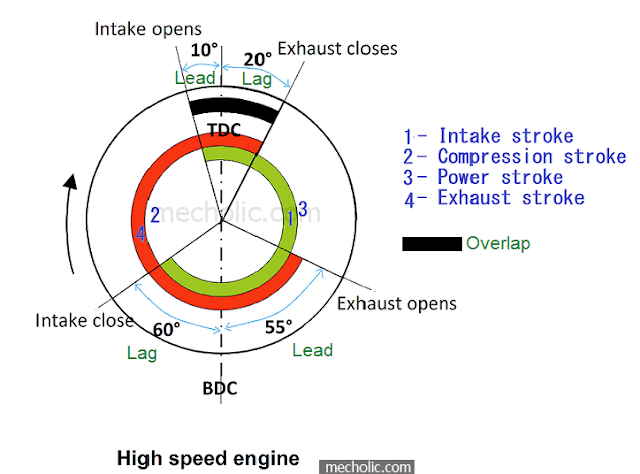 Need or Advantages of valve lead, valve lag and overlap