What Is Condenser? Classification of Condensers 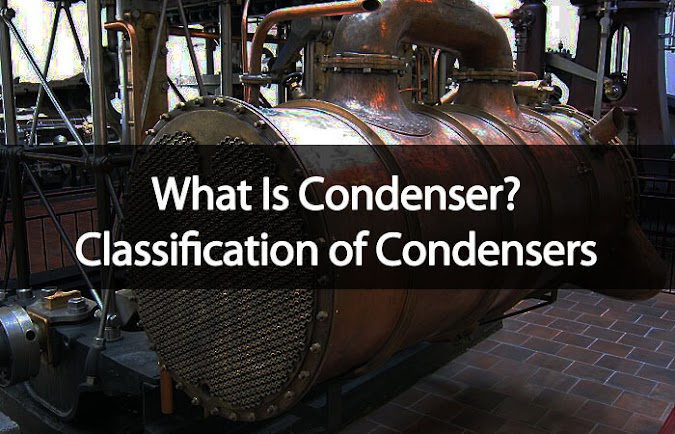 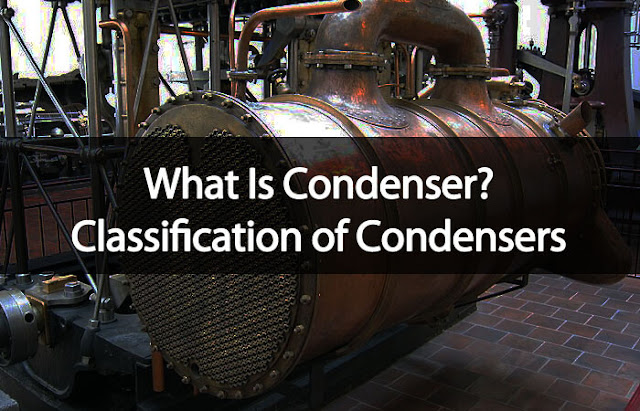 Condenser is a heat exchanging apparatus used to condense substance in a gaseous state to its liquid state by cooling. The heat (latent heat) from vapour/ gaseous substance is removed first by the walls of the condenser tube. then from tube to surrounding environment/ cooling medium. The common cooling medium is air or water or a combination of them. The size of condenser unit may vary from small handheld to the large industrial scale unit. The selection of condenser depends on the application, type of gas to be condense and the type of cooling medium.

These are the three basic types of condensers

🔗 Comparison between Air-Cooled and Water-Cooled Condenser

2. Surface condenser/ non-mixing type condenser:  Also called indirect contact condenser. There is no contact between condensate and condensing medium, there is a barrier/ surface (eg: tube wall) between them.

2. Forced convection condenser: the condensing medium is forced to flow through the condenser by using means such as fans, pumps.