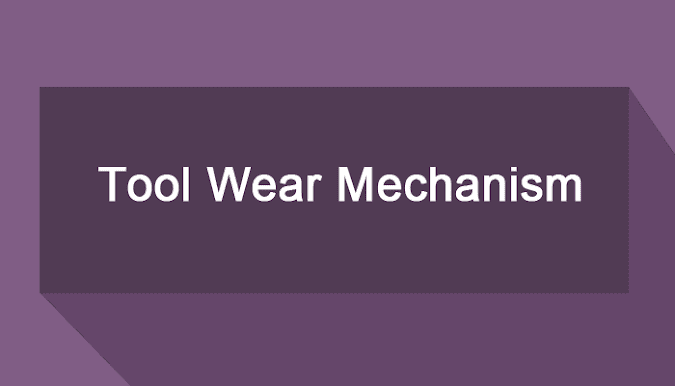 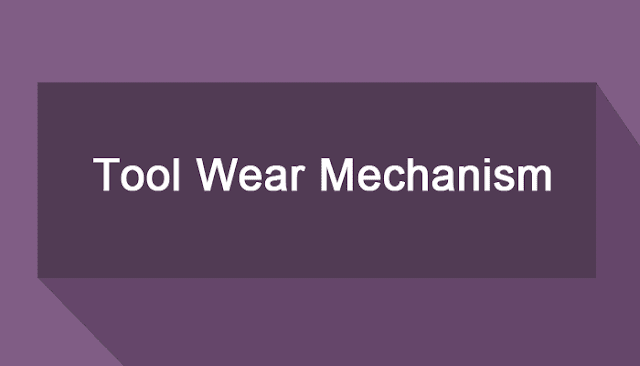 To understand the limitation and application of tool material, it is important to know different wear mechanism to which a cutting tool is subjected.

The most common type of wear mechanism. Abrasive wear occurs when the hard particle on chips passes over the cutting tool face. In steel alloys, it is caused by oxides, nitrides and other nonmetallic inclusion present in the workpiece. This hard inclusion having sharp edges comes in contact with a cutting tool and removes material from the tool surface by abrasion action. This wears are more predictable and give a stable tool life.

Adhesion wear occurred when chip material plucked out the microscopic fragment from the tool. At high temperature and pressure at cutting edge, the tool-chip interface forms a metallic bond in the form of spot welds. The spot weld results in an irregular flow of chips over the tool face and forms built-up edges. Sliding of the chip over the built-up causes the fracture of this small weld joint, and some tool material carried along with them by the phenomenon known as adhesion. Adhesive wear can be reduced by using a cutting fluid which can provide a protective film on the contact surface.

This type of wear occurs due to the diffusion process, where atoms in a crystal lattice move from a region of high concentration to low concentration (Ficks law). Diffusion weakens the surface structure of cutting tool and leads to tool failure. The favorable condition for diffusion is provided by localized temperature at tool-chip interface.
Extent of diffusion depends upon

It occurs in microscopic level when two surfaces slide in contact with other under high pressure. Hill on the one rough surface interlocks with those of another surface. It causes cyclic stress on each hill as it slides over another. A surface which repeatedly loading and unloading subjected to fatigue wear. It only comes to measure when other wear rates are very small. Fatigue wear cause surface cracks which ultimately combine with one another and lead to surface crumble. Cyclic thermal stress is another reason for fatigue wear.

Oxidation is the result of a chemical reaction between the tool surface and oxygen at high temperature, it forms a layer of oxides on the surface. When this layer is destroyed during the cutting process by abrasion, another layer begins to form. Tool wear takes as this removal and formation of the corrosive layer is repeated.

Breaking away of small chips from cutting edge of the tool due to interrupted cutting and sudden shock. It happens when cutting with the variable depth of cut.