Newton's Law of Viscosity and Equation 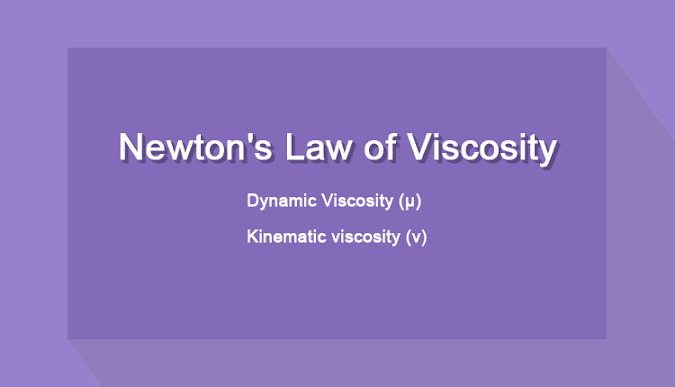 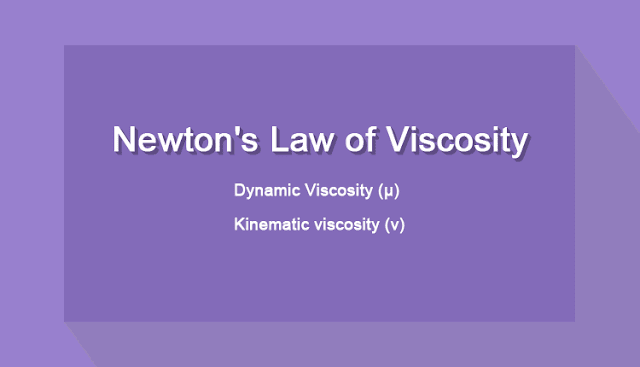 Newton’s law of viscosity states that the stress on fluid layers is directly proportional to the rate of shear strain.
Mathematically, 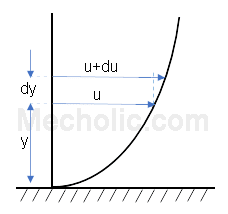 Viscosity is defined as the measure of fluid resistance to the flow of one layer of fluid over adjacent layer. Fig shows two fluid layers at distance y and y+dy from the surface. They move with different velocities u and u+du as shown in fig. The top layer causes a shear stress on lower while lower layer causes shear stress on the top layer. The shear stress τ is proportional to the rate of change of velocity with respect y.
Mathematically,

known as the velocity gradient.


From the above equation,

It is defined as the ratio between dynamic viscosity and density of the fluid.