Properties of Fluids in Fluid Mechanics 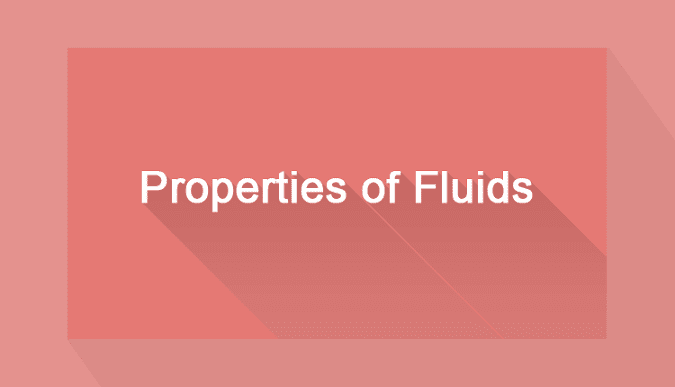 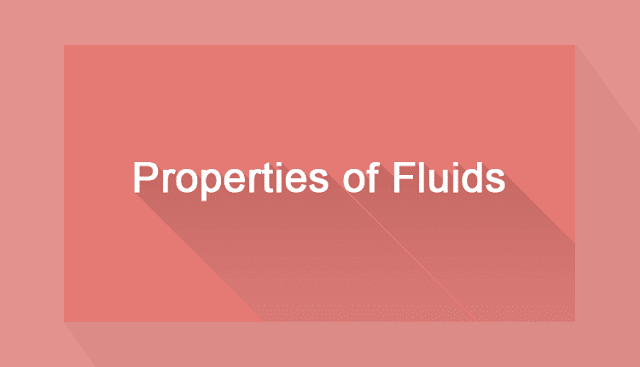 Mass density defined as the ratio of the mass of fluid to the volume of fluid. The density of liquids taken as constant while the density of gases changes with pressure and temperature.
Mass density,

The SI unit of density is kg/m3
Dimensionally, ρ = ML-3

It is defined as the weight per unit volume. Mathematically,
Specific density,

Here ρ = mass density and g = acceleration due to gravity.
The unit of specific density is N/m3
Dimension,

The volume of fluid occupied by unit mass. It is reciprocal of density.

It is a dimensionless quantity.

It is defined as the property of a fluid that offers resistance to the fluid flow.

From newton’s law of viscosity,

It is defined as the ratio of dynamic viscosity to the density of the fluid.