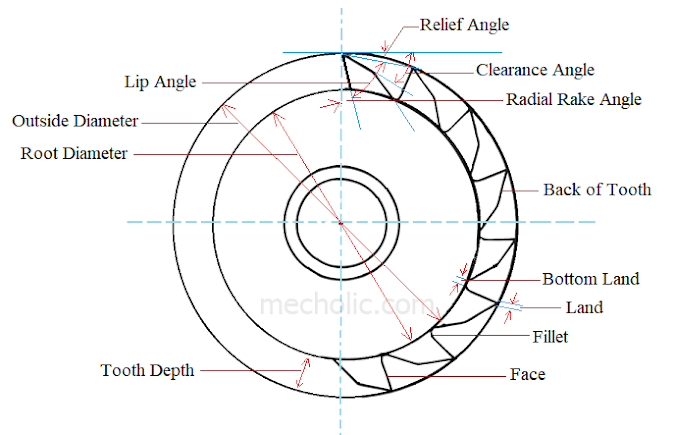 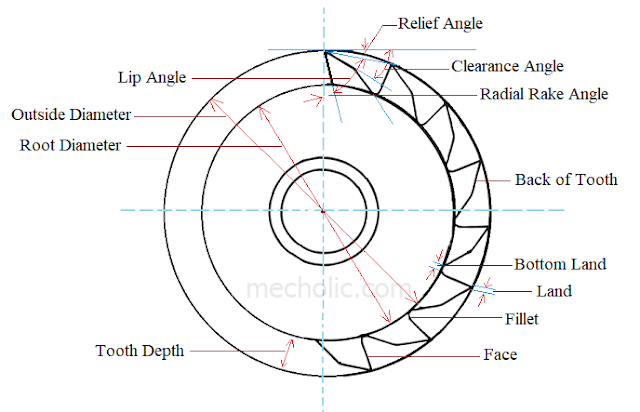 Read: What Is Milling Operation?

Body of cutter: It is the main frame of milling cutter, on which the teeth rest.

Periphery: It is defined as the locus of cutting edges of tooth of cutter.

Cutting edge: It is the portion that touches the workpiece during cutting action. It is the intersection of teeth face and tooth flank.

Fillet: portion where one teeth joins the face of another tooth. It is a reinforcement to cutting tooth.

Face of teeth: it is the surface upon the chip is formed while cutting. It may be curved or flat.

Back of tooth: it is the created by fillet and the secondary clearance angle.

Land: it is the narrow surface on the back of cutting edge.  Land is the result of providing the clearance angle.

Bottom Land: the blank space between the consecutive teeth.

Root diameter: diameter passing through centre of cutter and joining two ends of the periphery.

Lip angle: It is the angle between the face of the teeth and the land of the teeth. Land is a narrow surface on the back of teeth. 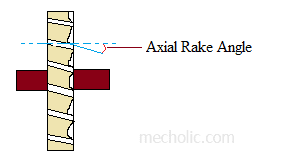 Axial rake angle: angle between the line of peripheral cutting edge and axis of the cutter. It is an angle in a plane perpendicular to the radial plane.