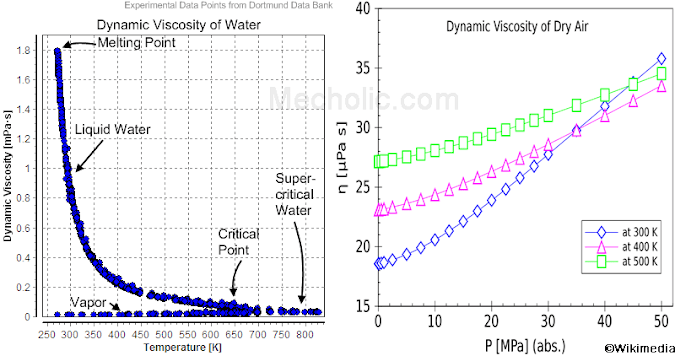 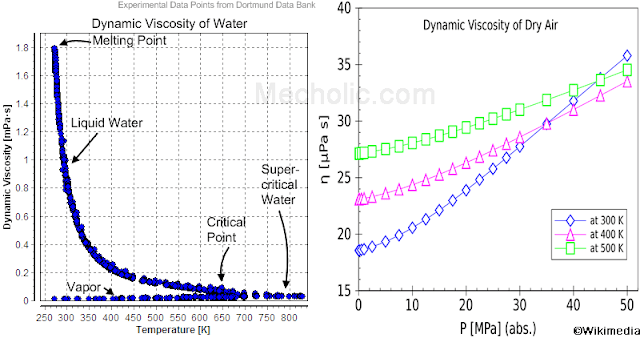 Variation of viscosity with temperature

Viscosity vs Temperature for gases

Temperature effect on the viscosity of gases is different from that of a liquid. According to particle theory, in gases, the molecules widely spaced as compared to liquid. Hence, the intermolecular forces are weak. The increase in temperature causes the rise of the energy of gas molecules, which increase the randomness of molecules. More hindrances cause the increase in the intensity of inter-molecular collision. Which results retard the motion of gases, so viscosity increases.

Viscosity vs Temperature for liquid

According to particle theory in liquid, the molecules are loosely packed as compared to gases. The intermolecular attraction is strong. When temperature increases the energy level of liquid molecules increases and the distance between the molecule increases. It causes a decrease in intermolecular attraction between them, which reduce viscosity. Simultaneously Increase in temperature of the liquid increase the molecular interchanging between fluid layers similar to those developed in a gas, interlayer interactions increases viscosity. However, the net result is that the viscosity of a liquid decreases with an increase in temperature. This can be observed, for example, cooking oil shows more fluidity after being heated.