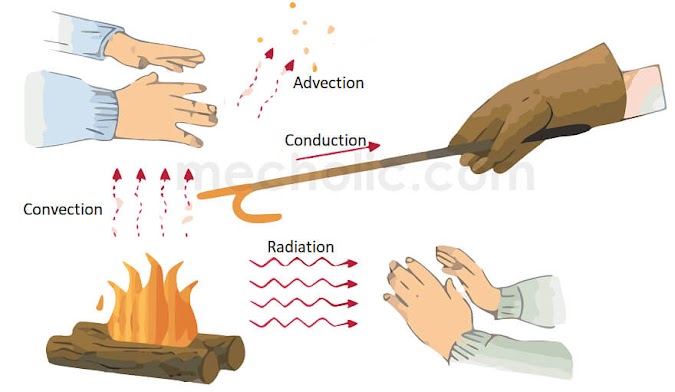 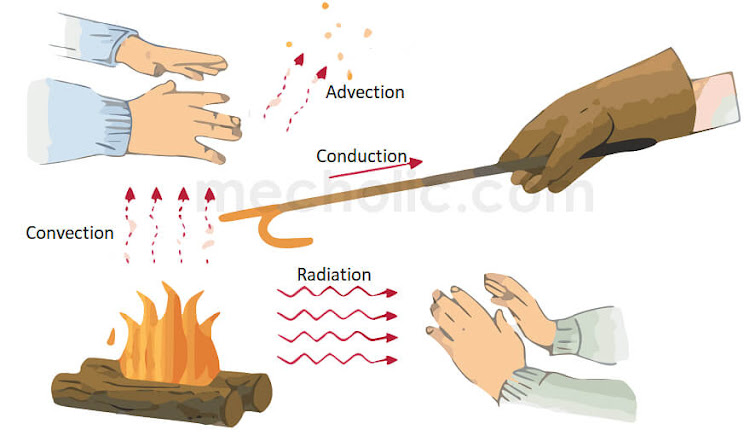 What is heat transfer?

In each mode, the heat exchange occurs in the same direction that is from higher temperature to lower temperature. However, each has different controlling laws.

Conduction is the transfer of heat from one region of a substance to another region of the same substance or to another substance in contact with it, without any considerable displacement of molecules of the substance. Here the exchange of energy occurred by the direct interaction between molecules having a difference in temperature.

In solid substance, there are two mechanisms to explain the conduction

a. Lattice vibration - heat transfer by the impact of the fastest moving atom/ molecule with adjacent molecules.

b. Transport of free electrons

a. Free natural convection: Fluid move by virtue of the difference in hot and cold fluid densities.

b. Forced convection: By forced movement of fluid using pump and blower

Out of three modes of heat transfer, conduction is the most heavily studied mode of heat transfer because it is strongly influenced by turbulence, fluid properties, and geometry.

Advection: Advection is another type of heat transfer in which hot material itself move through fluid by the velocity of fluid.

Heat transfer through space and or matter by means other than conduction and convection. Here heat transfer occurs in the form of electromagnetic waves. Electromagnetic waves will travel through a vacuum. So, radiation requires no physical medium for propagation. All bodies radiate heat. If a body emits more heat radiation than it receives, it is called a hot body; if the body receives more heat than the heat it radiates, it is called a cold body.