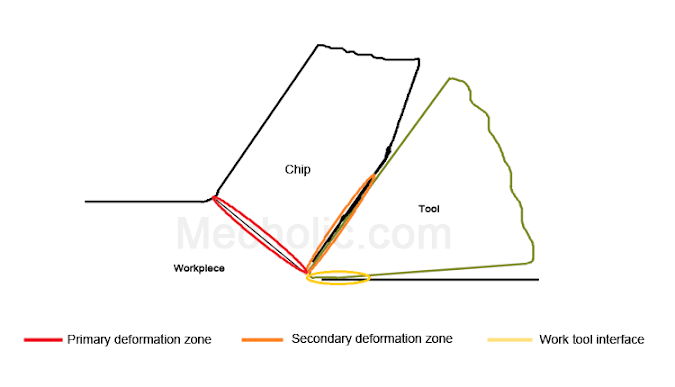 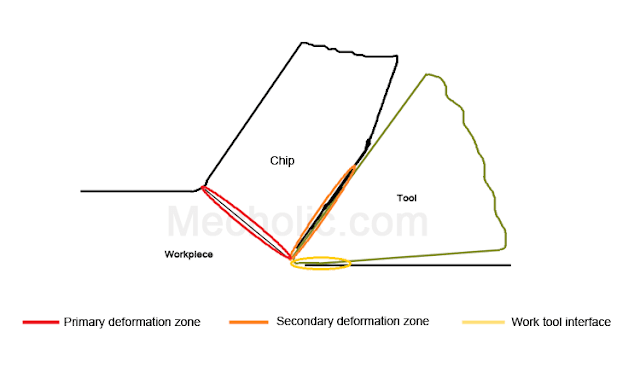 All most all of the mechanical energy used in the machining operation finally converted into thermal energy. There are three zones at which heat is generated during cutting, they are

The region where the crystal structure of the metal break. In the primary deformation zone, the heat generation is due to the plastic work done (plastic deformation) at shear plane. The high amount of heat generated in this area causes softening of the material and allowing the greater deformation. This region consumes about 70% of total energy applied.

In work tool interface, the heat generated by burnishing action due to the rubbing of tool flank and the machined surface. Heat generated in this region is very small as compared to another zone.