Advantages and Application of Neutral, Positive and Negative Rake Angle 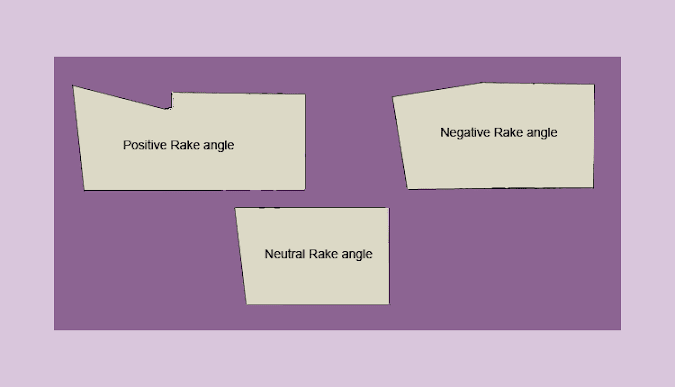 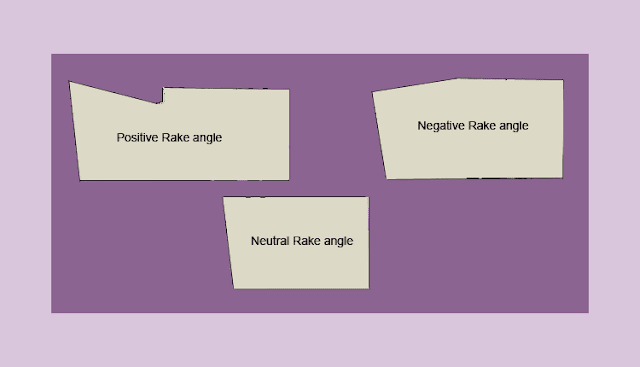 Rake angle is one of the significant elements in tool geometry. Proper selection of rake angle enhances the overall efficiency and economy of cutting operation. There are three types of rake angles, namely positive, negative and neutral rake angle. The recommended rake angle depends on tool material, material to be cut, speed and depth of cutting. 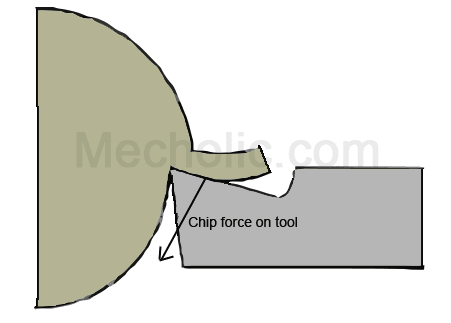 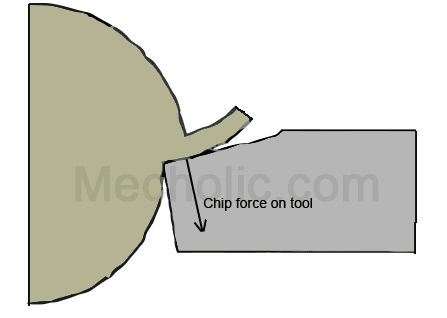 Cutting tool with negative rake angle is stronger and used to cut high-strength material. Fig shows the force acting on the tool. The force directed to the strongest part of the tool.

A neutral rake angle tool is simplest and easiest to manufacture, but it causes a massive crater wear when compared to other types. Neutral rake angle obstructs the movement of chip flow and causes build-up chip formation.
Load comments