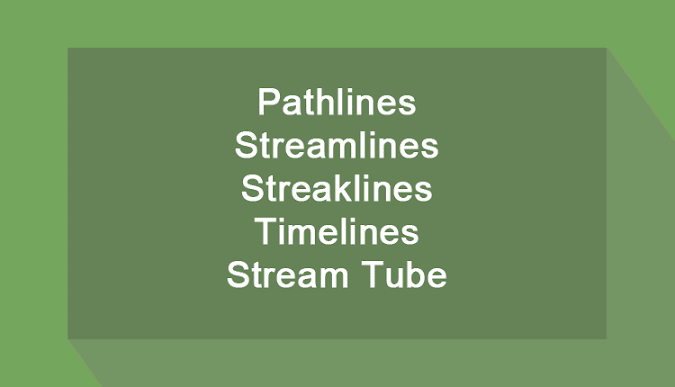 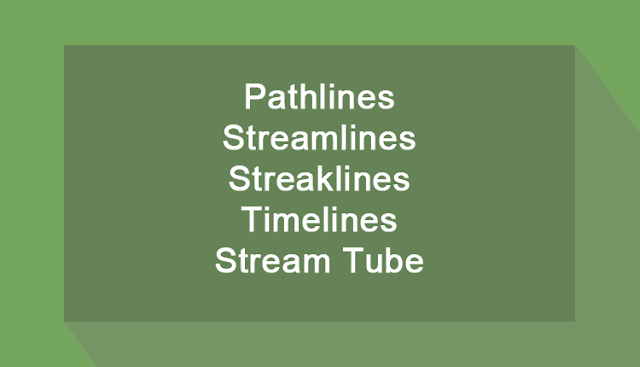 In order to visualize fluid flow, mainly three types of lines are defined. They are (i) streamline (ii) streak line, (iii) path line. They are same for steady flow but have importance in unsteady flow.

Pathline is a trajectory traced by the single fluid particle during its flow. It gives a traveling history of the fluid element over a specified time period. A path line can intersect itself at a different time.

It is the curve used more often than the pathline. Streamline is an imaginary curve such that a tangent drawn on this curve represents the direction of instantaneous velocity at that point. Streamlines cannot intersect because a fluid particle cannot have two different velocities at the same time.

Another form of visualization is a streakline. It is an instantaneous position of fluids that have passed through a fixed point of the flow field. To obtain streakline, a dye is injected into liquid or smoke in gas at a fixed point in the flow field so as to trace the subsequent position of fluid passing through it. So it is also called the dye line.

The timeline is a set of the fluid particle that forms a line at a given instant. 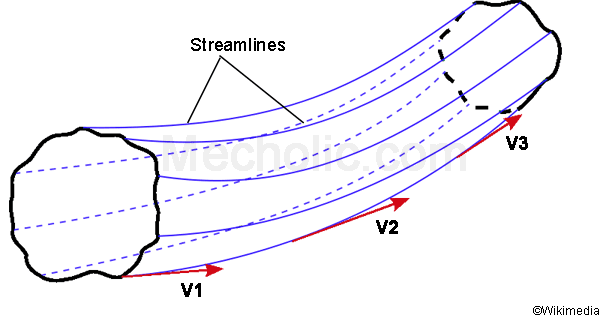 This concept used for general flow analysis. Stream tube is a set of streamlines starts from points that form closed loop. Resultant shape is an imaginary tube. They constructed so that the velocity vector is tangent to the surface at any point.