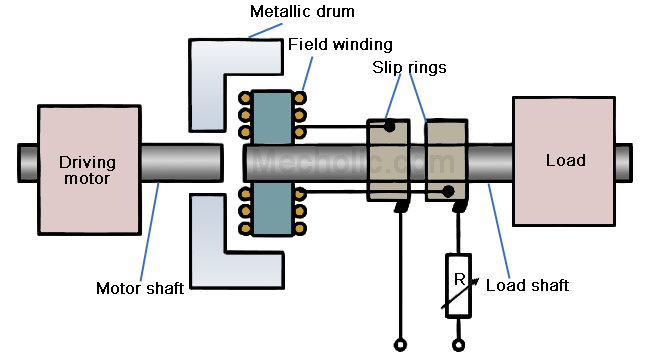 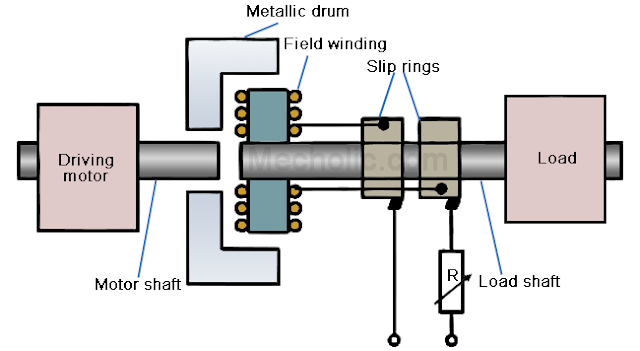 Eddy current clutches (or eddy current slip coupling) are available in a broad range of sizes and speed up to thousands of kilowatts in both vertical and horizontal configurations. They are an adjustable speed drive and provide soft starting capability. They are actually a slip control device. When starting eddy current clutch operates at 100% slip allow the driver (motor) to accelerate. When the motor reaches the full speed, the slip is decreased to the desired rate, providing engagement of the clutch.

The load is initially at rest when the motor reaches the full speed; DC current is passed through the electromagnets. The resultant magnetic field produced an eddy current in the metallic drum. The magnetic flux produces a torque that brings the load to desired speed.

Since there is no contact required to power transmission, they are reliable and have a long life. The speed and torque can regulate by adjusting the DC. One advantage of eddy current clutch is that the smooth adjustment of both output torque and hence the speed control.

The Eddy current clutch is usually tended to the small speed ratio (no more than10-30% speed reduction) due to consideration of efficiency and cooling. Careful design consideration must be given to providing adequate cooling of both field coil and metallic drum.

The Eddy current clutch is suitable where soft starting and speed control is required. They provide reliable speed control. They are typically used as a speed d reducer.