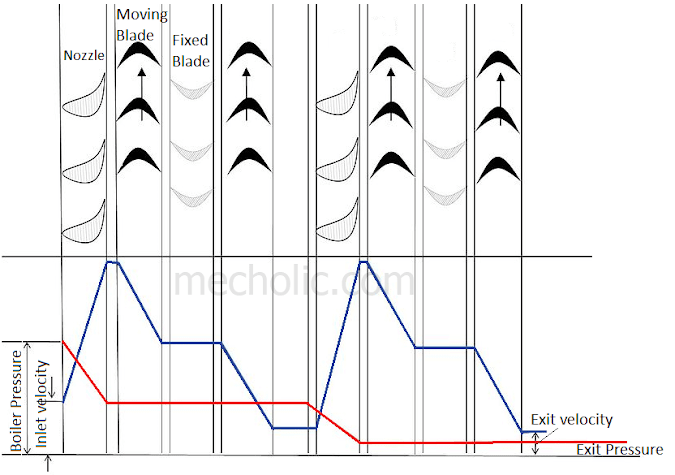 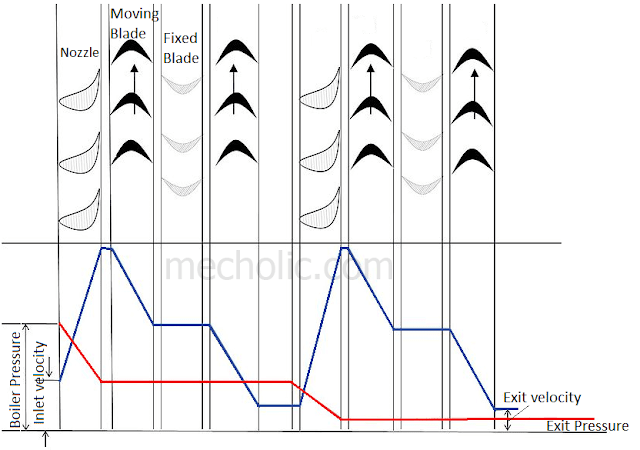 The pressure-velocity curve shows that both kinetic energy as well as pressure energy will be get absorbed by the turbine in stages. This type of compounding known as pressure velocity compounding.