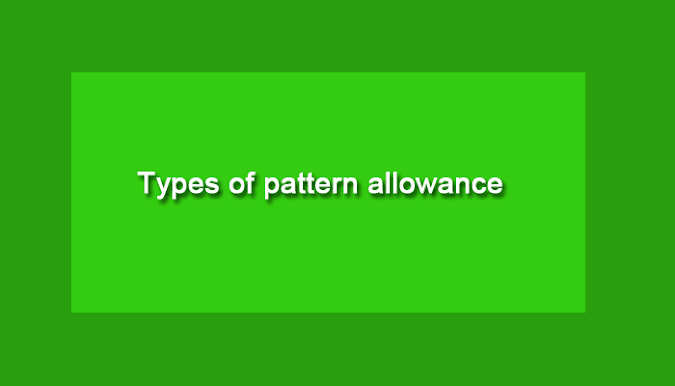 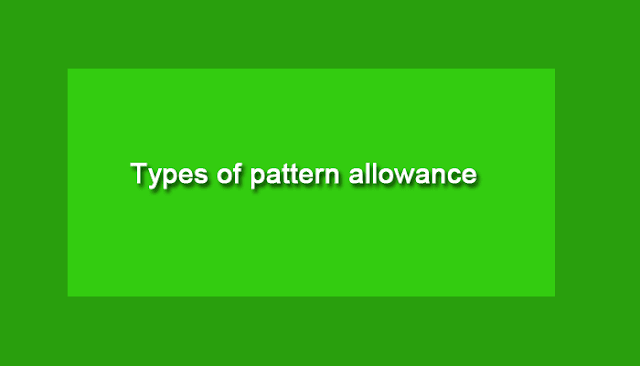 The difference in the dimension of pattern and final product of casting is known as the pattern allowance. Allowance compensates any dimensional variation during the casting process. Patterns are given the various types of allowance, the reason for these allowances are different. Some of the types of allowance are listed below


Factor affecting the allowance of Pattern

The metal casting process includes the transition of metal from one phase to another (liquid state to solid). Normally all metals shrink when it is cooling down. The shrinkage depends on the type of material and the metallurgical transformation during the solidification. Even though the pattern maker knows the rate of shrinkage of certain material, they are expected to try some trial before fixing shrinkage allowance for an intrinsic shape.
There are three types of shrinkage in casting

Liquid shrinkage: Reduction of volume of metal when it transforms from liquid phase to solid state at solidus temperature.

Solid shrinkage: The reduction in volume as the solid metal cooling down.
Liquid shrinkage and Phase transformation shrinkage are compensated by feeding molten metal from the riser till metal solidified.

- What is Shrink rule?
- Why shrinkage allowance of outer surface is higher than inner surface?

It is hard to remove casted object from pattern if it has vertical faces as shown in following fig. [image]
Vertical face causes a continuous contact or friction when object is removing from the pattern. The leading edge may break off during removal of the cast. In order to permit removal and reduce the defects, the vertical faces of the pattern are tapered in small angle known as draft angle. This provision is known as draft allowance. The inner surface pattern required more draft than the outer surface. The outer surface is given draft angle 1to 3 degrees while the inner part is given 5 to 8 degrees.

Finishing and dimensional accuracy obtained by a casting product are poor. The ferrous material would have scales on the skin when it solidifies. Moreover, in almost all cases, the fine details of the surface are eliminated from the pattern. To get dimensional accurate, clean, aesthetically pleasing product, a subsequent finishing operation such as grinding, turning is needed to be done on this casted object. During the finishing process, some metal is removed from the cast. To compensate this, some extra material should be provided to casting. The machining allowance ensures this additional metal in casting.

The finishing allowance depends on the material, complexity of surface details, type of molding, dimension, surface finishing and accuracy required for the product. The volume of material provided by this allowance completely removed by a machining operation. In order to reduce the machining allowance and hence cost, it is better to place entire cast inside the drag flask such that reducing defect due to parting plane.

Sometimes the pattern is rapped around the vertical surface of the sand mold to slightly enlarge the mold cavity so that it can easily remove from a sand mold. It causes an increase in cast dimensions parallel to the parting line. Since this highly depends on the foundry personal and practices involved, there is no sure way to quantify shake allowance. However, to reduce this enlargement of casting, a negative allowance is provided to the dimensions which are parallel to the parting line. One way to avoid shake allowance is that to increase the draft allowance.

The weaker section of casting such as long flat portions, thin portions on a complicated section or u shape portions are prone to distortion. The internal stress developed on cast during cooling induces the distortion. The best practice to reduce this distortion is to intentionally give a stress (or give some excess material) to the direction opposite to the distortion. This allowance is given based on previous experience.

Mold wall may move slightly when pouring the molten metal due to excessive heat and pressure. This cause a dimension variation in casting. To avoid this variation mold movement allowance is provided. This allowance depends on molding material.
Load comments