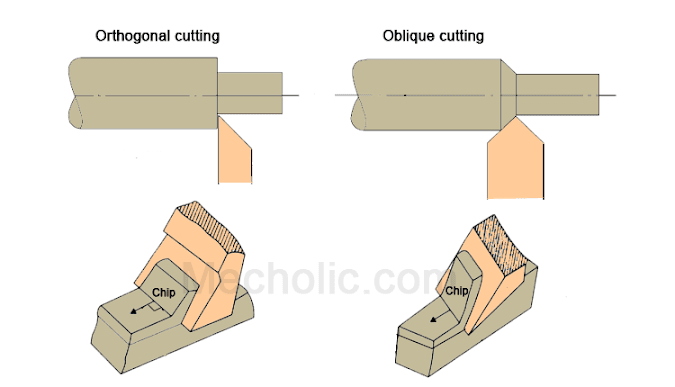 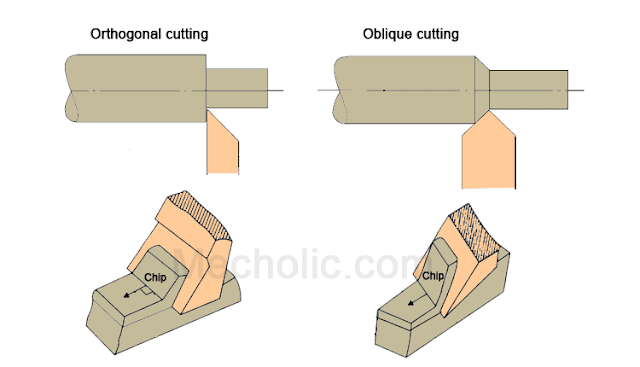 In a cutting process, the position of cutting edge of the tool with respect to the workpiece is important, based on which metal cutting process are classified into two categories.

In oblique cutting, chip flow deviates from the orthogonal plane. Tool is presented to workpiece at an acute angle (θ < 90°) to the tool feed motion. The analysis of cutting include three mutually perpendicular component of force and it is being very difficult to analyses.